my qualifications
I am a psychotherapist & supervisor, accredited by the UKCP* and working within its ethical framework. My counselling diploma was awarded by the Minster Centre in 2005, followed by a psychotherapy diploma from Re-Vision in 2008 as well as a supervision diploma in 2015, building on a certificate in supervision in 2010. 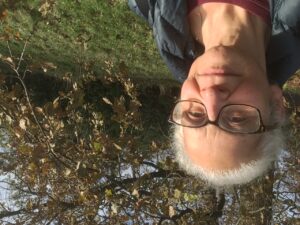 My further training includes ‘The Essentials of Sexual Minority Therapy’ with Pink Therapy in 2010, which is an accredited training organisation with The National Council of Psychotherapists.

I was recognised as a UKCP Adolescent Psychotherapist in 2015, based on my work with young people aged 11+ since 2001.

my background
My life experience has been about living within and between different cultures, different worlds, that don’t always meet. I welcome diversity of every kind and appreciate both the richness and the challenges it brings.

I have been working with individuals in crisis since 1995 and facilitating therapeutic groups since 2002. I have had a private practice in West Norwood since 2005.

As well as being a practitioner, I managed a school counselling service for over a decade. It became an integral part of the school community, used by students, staff & parents.

My work experience includes many years in education and training, initially as a teacher. I speak both English and Arabic, and can work with you in either language.